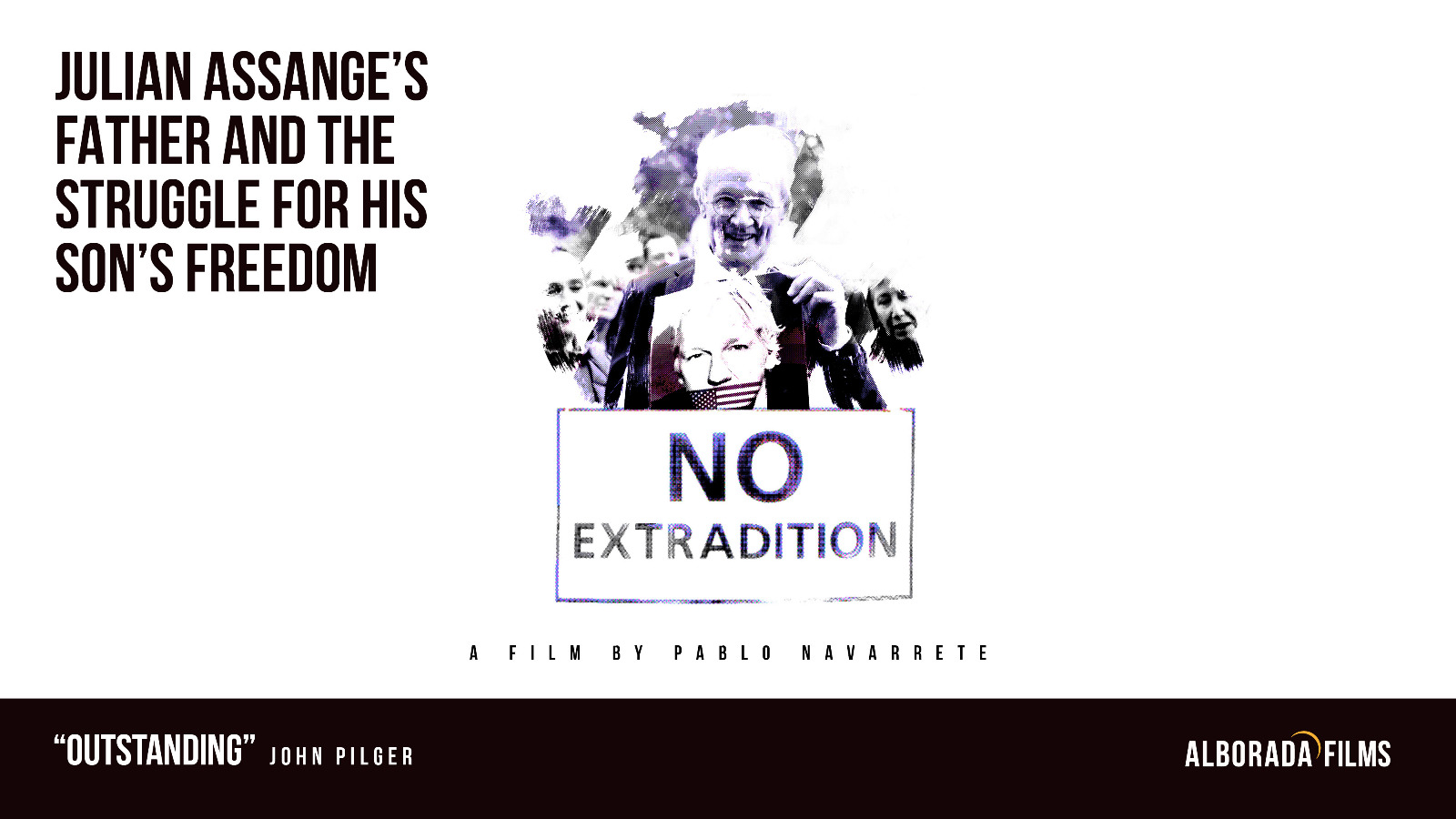 VENUE: University of Sheffield, Hicks Building, Lecture Theatre 1, Sheffield S3 7RH
DATE: Friday 8 July 2022
TIME: 6-8PM
No Extradition follows John Shipton, the father of journalist and WikiLeaks founder Julian Assange, in his efforts to prevent his son from being extradited to the United States and secure his release from a maximum-security prison in London.

The US is seeking to extradite Julian Assange for releasing declassified US government material which exposed US war crimes. If convicted of all the charges against him he could face a 175-year prison sentence.

Filmed over more than a year and a half, No Extradition also features the voices of some of Assange’s high-profile supporters, as well as other individuals and grassroots groups campaigning for his release. Featuring Assange’s father John Shipton plus Nils Melzer (UN Special Rapporteur on Torture), M.I.A, John Pilger, Lowkey, Lisa Longstaff (Women Against Rape) and others.

Doors open at 6pm. The film starts at 6.30pm and will be followed by a Q&A with the film’s director Pablo Navarrete, Dr Deepa Driver (Academic and Trade Unionist) who will join via Zoom. Chaired by Dr Peter Watt (University of Sheffield).

“Pablo Navarrete’s outstanding film ‘No Extradition’ could be titled, ‘No Pasaran!’ It has the same principled defiance and reflects the refusal of Julian Assange to comply with his persecutors and be broken by them.” – John Pilger, journalist & documentary filmmaker

“Without artifice this poignant piece of direct cinema points to both the horror and injustice faced by whistle-blower, Julian Assange as well as the heroism of his unassuming father and all those who in the face of years of USA sponsored persecution, continue to stand vigil for the values of free speech and democracy”

No Extradition (Teaser/Adelanto #1) from Alborada Films on Vimeo.