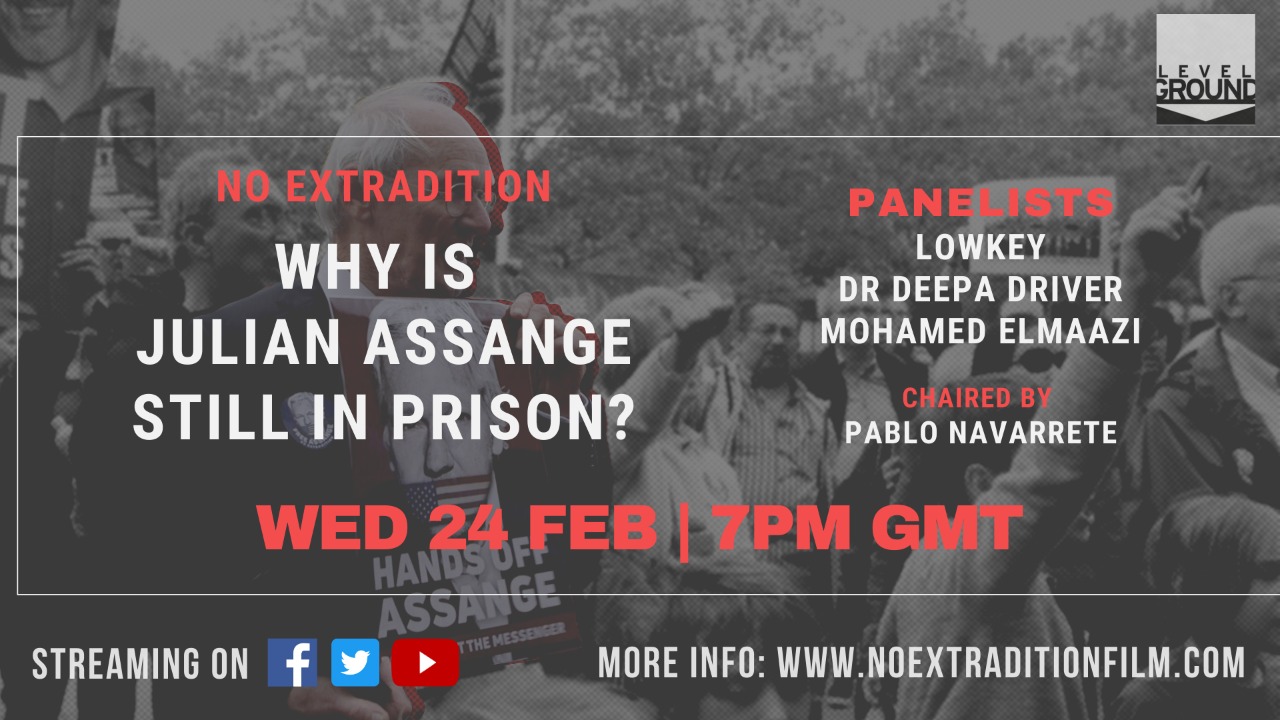 Why is Julian Assange Still in Prison?

In January British District Judge Vanessa Baraitser blocked Julian Assange’s extradition to the USA. While her ruling adopted the US government’s extremely dangerous arguments undermining press freedom, the judge found that because US prison conditions are so deleterious, it would be unjust and oppressive to extradite Julian. Almost immediately the lawyers representing the US announced their intent to appeal that decision. Julian Assange remains in Belmarsh high security prison in London. Our panel discusses the latest in the case.

Chaired by Pablo Navarrete (Director of No Extradition documentary)

This event will be streamed live between 7pm and 8pm on the following social media channels:

Event supported by the Committee to Defend Julian Assange

Upcoming screenings of No Extradition