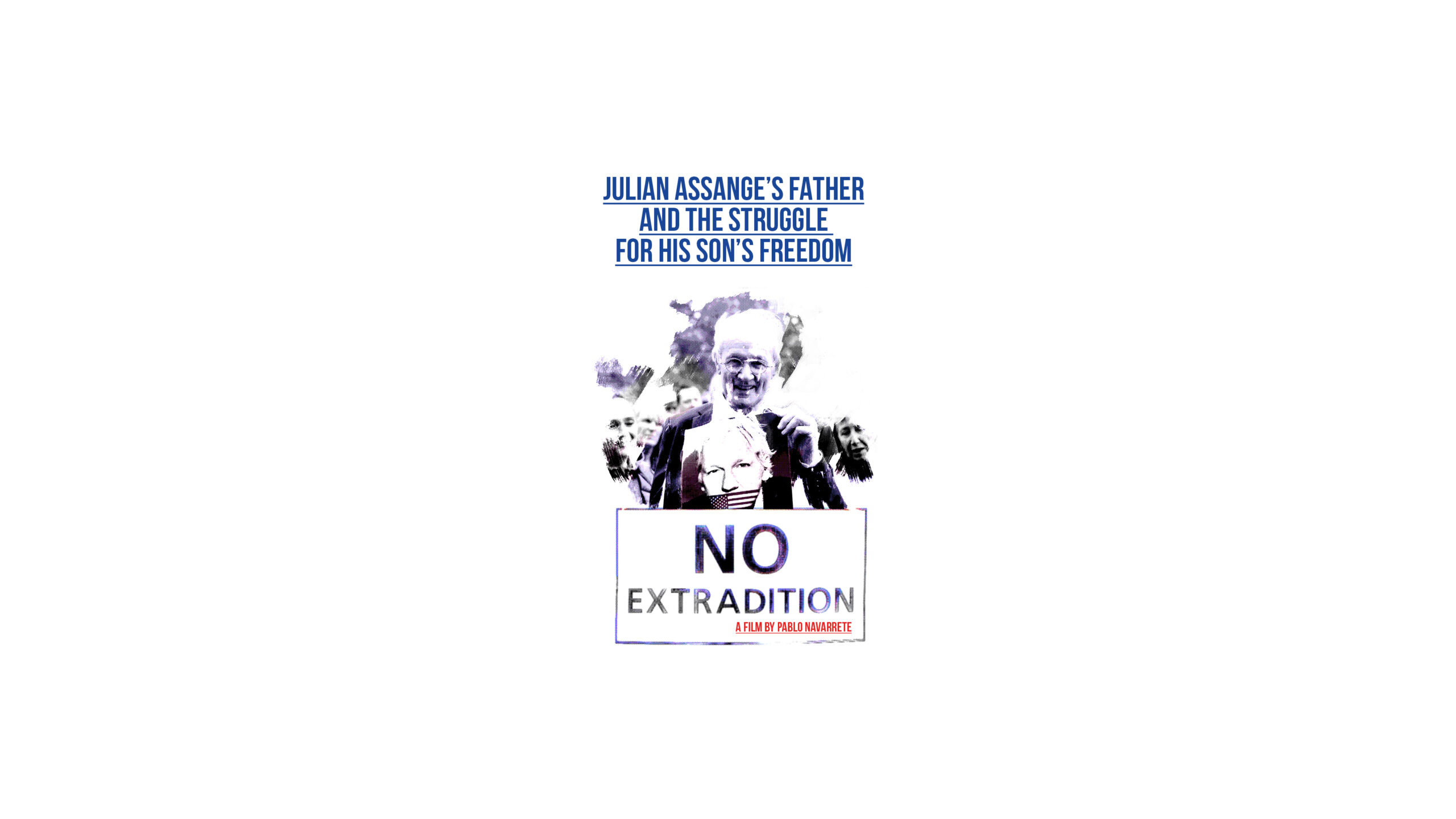 No Extradition: Julian Assange’s Father & The Struggle for His Son’s Freedom.

Half of the tickets revenue proceeds will go to the Committee to Defend Julian Assange.

With your ticket, on the day of the screening you will be sent a link to watch the film on Vimeo between 6pm and 8pm (London time). You can begin watching the film up to 8pm, which means it will be available until 8.35pm.

If you would like to join the film’s e-newsletter you can do so here: http://eepurl.com/g_SnH1

“Pablo Navarrete’s outstanding film ‘No Extradition’ could be titled, ‘No Pasaran!’ It has the same principled defiance and reflects the refusal of Julian Assange to comply with his persecutors and be broken by them.” – John Pilger, Journalist & Documentary Filmmaker

NO EXTRADITION follows John Shipton, the father of journalist and WikiLeaks founder Julian Assange, as he campaigns to prevent his son from being extradited to the United States and secure his release from a maximum-security prison in London.

In April 2019 Assange was arrested and taken out of the Ecuadorian embassy by British police after the US-friendly government of Lenin Moreno terminated his political refugee status. He had spent close to seven years inside the embassy.

Assange’s final extradition hearing was held in September 2020. In early 2021 a UK judge will announce whether he will be sent to the US where the outgoing Trump administration has filed 18 charges against him that could see him sentenced to 175 years in prison.

Filmed over a year and a half NO EXTRADITION also features the voices of some of Assange’s high-profile supporters, as well as other individuals and grassroots groups campaigning for his release.

John never gives up hope that his son will avoid extradition and regain his freedom.